WJBE is Knoxville’s only radio station focused on the Black community. James Brown, the Godfather of Soul, owned the original WJBE in the 1970s. The station changed hands over the years and eventually went off the air, leaving Knoxville without a Black-owned and -focused station. Joe Armstrong single-handedly brought WJBE back from the dead and has run it successfully for over a decade.

Now, the Federal Communications Commission (FCC) is threatening to shut it down. Not for anything WJBE did. Except for some late paperwork, the station hasn’t done anything wrong. Rather, the FCC is threatening to revoke WJBE’s broadcast license because Joe was convicted of making a false statement—on his 2008 personal tax return, four years before he even bought the station.

The FCC’s theory is that Joe’s conviction might mean he’s unwilling to comply with FCC rules. But Joe’s been running WJBE for a decade. Except for those minor paperwork issues, Joe’s record is spotless. And as far as his conviction goes, Joe served his sentence, paid every cent he owed, and then paid fines on top. Even back then, the judge called the conviction an aberration in an otherwise “exemplary life.”

The U.S. Constitution protects Americans from this type of irrational government interference. Joe resurrected the station and runs it full time, unpaid, because he believes in it. The government can’t just take it away without a good reason. What Joe did has nothing to do with broadcasting. Joe should be able to run a radio station today even if he made a single false statement on his taxes 13 years ago. This isn’t just about Joe, or even WJBE. Across the country, tens of thousands of laws permanently punish people who have already paid their debts to society. Today, Joe, represented by the Institute for Justice, is letting the FCC know he won’t go down without a fight. Because no law—at the FCC or anywhere else—should irrationally deny Americans a fresh start. 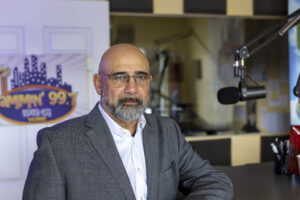 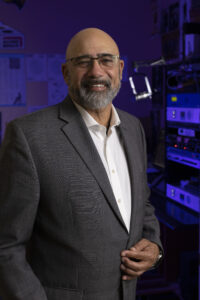 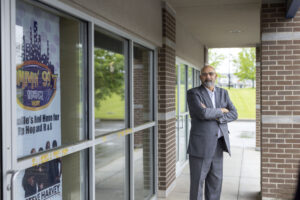