*Hosted by the Office of Multicultural Student Life at UTK*

Hall of Fame inductees have contributed years of demonstrated service, scholarship, and development in their respective fields. They also have had a significant impact on issues of diversity and inclusion and played a significant leadership role in the advancement of issues related to African Americans at UT, in Knoxville, and within the state of Tennessee.

Such achievements serve as inspiration to all that each person can make a contribution through dedication, persistence, and the pursuit of excellence. In honor of this prestigious accolade, we induct Dr. Carolyn Hodges. 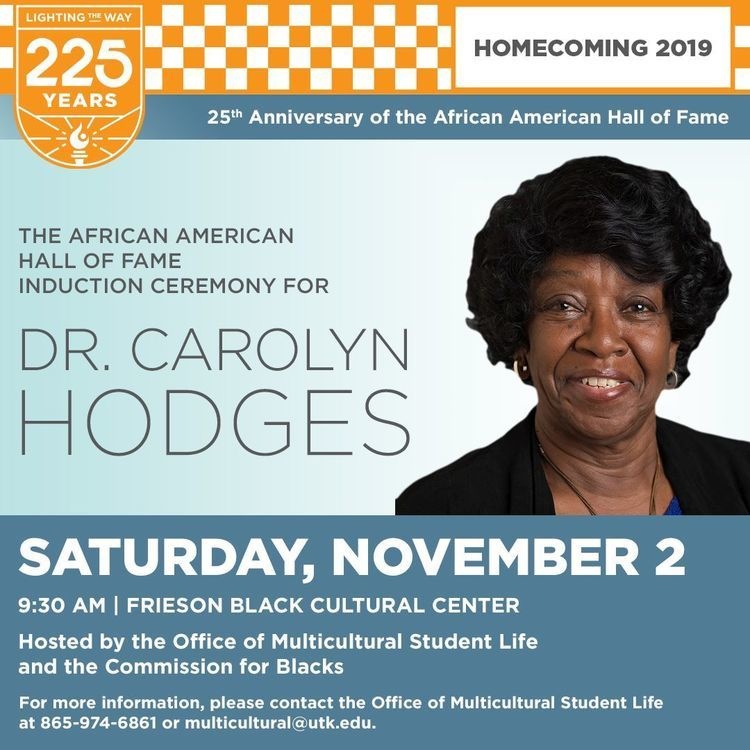